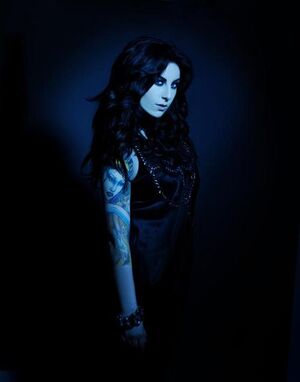 Carly Smithson is an Irish soul/pop rock singer-songwriter and actress who was the sixth place finalist on the seventh season of American Idol. In 2001, Smithson released her first studio album for MCA Records called Ultimate High. Smithson was dropped from the record label in 2002. After being introduced to record producer Ben Moody in early 2009, plans for Smithson's post-Idol solo album were scrapped and instead she is now the lead singer of the gothic metal band We Are The Fallen.

Smithson was born in Dublin, Ireland, to her parents Marie Murray and Luke Hennessy. After living 6 months in Dublin, Smithson and her parents moved to Johannesburg, South Africa. She lived there until they moved back to Dublin when she was 4 years old. Smithson began singing around the age of 4 and has also had some experience with acting. She was featured in advertisements for Denny's Sausage for three years, starting at the age of five. In 1990, Smithson played Young Marianne in Fools of Fortune. Two years later, in 1992, she joined the cast of Les Misérables and starred as Little Cosette in Ireland. When she was 10 years old, she released an independent CD titled Carly's Christmas Album which was released in the United Kingdom. When Smithson was 14, her parents divorced. A year later, in 1999, she and her father moved to the United States in order for Smithson to pursue a career in music. Smithson is a high school dropout.

After Smithson's record deal with MCA Records dissolved, she decided to take a break from music. She met her husband Todd Smithson, a tattoo artist, in San Diego. They lived in Marietta, Georgia, for a few years, where Smithson worked at an Irish bar called Fado. In a coincidental connection, Michael Johns (an American Idol season 7 finalist) performed weekly at Fado, under his real name Michael Lee. In 2005, Smithson and her husband moved to San Diego, where they currently reside. Smithson has an older half-brother named Nik and a younger sister named Shannon. Smithson also works at Nothing Sacred, a tattoo shop in San Diego owned by her husband. Smithson has nine tattoos. During the time that she was on Idol, reports claimed that her unfinished sleeve tattoo on her right arm seemed to be a drawing of Amy Winehouse. However, in a interview after her elimination, Smithson clarified that it is a drawing of a Japanese Geisha, based on a painting that she owns.

We Are The Fallen

On October 28, 2009, it was announced that We Are the Fallen, along with Smithson, had signed with Universal Republic. The band released their first album on May 11, 2010. After touring and releasing two singles, it was announced that the band was dropped by Universal Republic on May 27, 2011 but they would not be disbanding. In December 2010, Smithson began singing with Cirque du Soleil in Viva Elvis. She continues to perform in the production in Las Vegas while recording new music with We Are the Fallen. 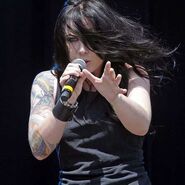 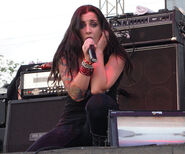 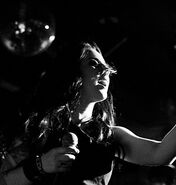 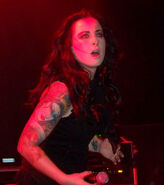 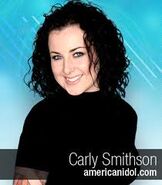 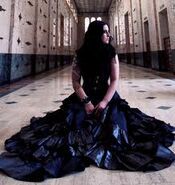 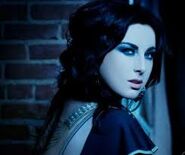 Add a photo to this gallery
Retrieved from "https://wearethefallen.fandom.com/wiki/Carly_Smithson?oldid=4157"
Community content is available under CC-BY-SA unless otherwise noted.